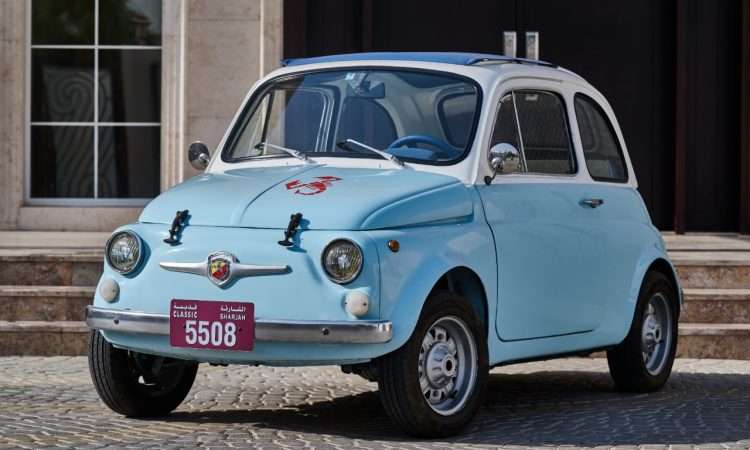 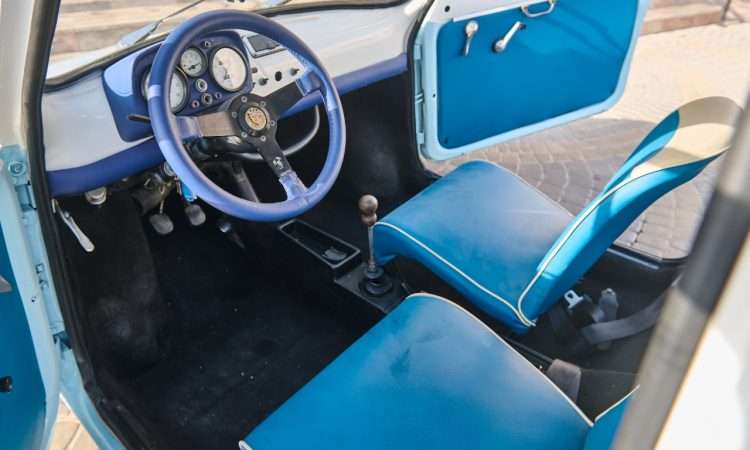 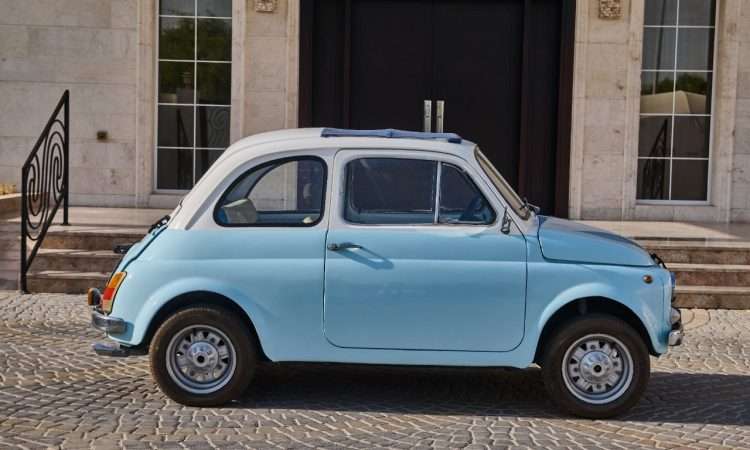 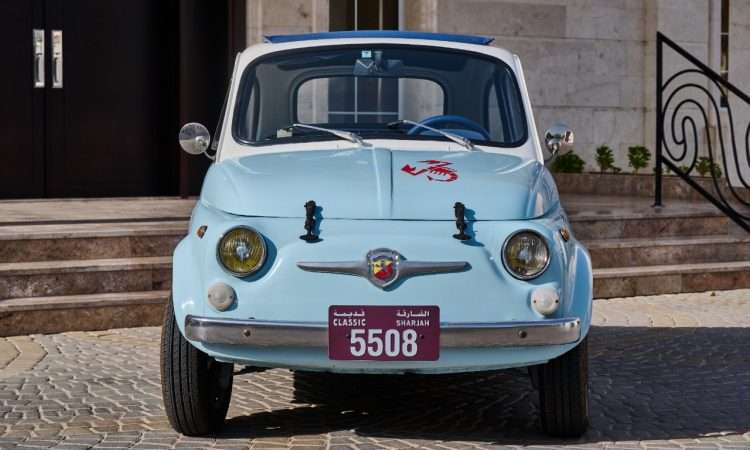 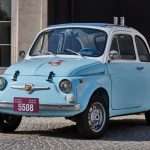 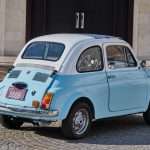 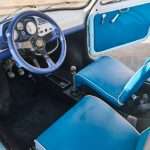 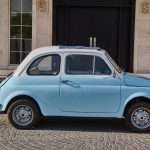 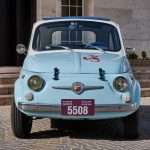 A recreation of the Fiat-Abarth 595 Sprint Speciale (SS), which has been comprehensively refurbished within the last 1,000 km by a licensed specialist owned by the seller. It is powered by an overhauled carburettor-fed inline-two, driving the rear wheels through a four-speed manual transmission. The car was re-registered in March 2010, and has now been with the seller in Dubai for the last two years.

Originally a Fiat 500 F, the car has been comprehensively refurbished in the style of the celebrated Fiat-Abarth 595 SS and is finished in light blue, with a white roof, white pillars, a blue soft-top roof cover over a two-tone blue and white vinyl-trimmed interior. It rides on 12-inch wheels, shod in recently fitted Kapsen Comfortmax tyres. The cabin is equipped with a colour-matching three-spoke steering wheel, Veglia dials and manually operated windows. A recent invoice detailing the refurbishment work will be included in the sale. Please note, the registration ‘5508’ will not be included.

The seller is not aware of any bodywork damage. During the car’s refurbishment, the engine was overhauled, the interior re-trimmed, and the fuel system as well as the associated hoses were replaced. Its two-tone paintwork is reportedly in excellent condition, as the car has been driven sparingly since it was resprayed. The rear reflector appears to be cracked and a time-earned patina can be seen on the chrome work and window trims. There appears to be a crack and small area of corrosion on the driver’s side sill behind the front wheel. Inside, minor surface marks are visible on the seat bases, light creasing to the trim around the gauges and the gear lever boot appears to be torn, but the cabin is otherwise in good shape. The seller is not aware of any mechanical or electrical faults.

Originally a Fiat 500 L, this has characterful classic been comprehensively refurbished within the last 1,000 km in the style of the iconic Fiat-Abarth 595 SS. It would now make a head-turning addition to any collection, or an entertaining weekend toy.

More Ads From This User